What Is Optical Zoom? Optical zoom is a kind of magnification where an actual zoom lens is used to magnify the vision of the camera.

What Is Digital Zoom?

Digital zoom technology is a process which is more like an image processing system.

In this way, the camera enlarges the area of an image which is supposed to be zoomed in. It brings that area at the center of the display and trims away rest of the image.

Optical Vs Digital Zoom: The Differences

The first difference that comes in anyone’s mind about today’s topic is- how is the image quality? Well, optical zoom provides much better quality images and that’s for obvious reason.

As digital zoom only takes out a certain area of the image, it captures fewer pixels. And when you zoom in, it stretches up the image and decreases the quality.

Based on hardware, each of the camera devices uses their own zooming technique. Where most of the cameras use optical zooming, some of them use a combination of optical and digital zooming as well.

And in the case of digital zooming, only mobile devices are the kind of devices who use such technologies. The reason behind is, they don’t have the mechanism to equip movements between lenses.

Photographers use to do after-photography images a lot. As long as you have a zoomed-in photograph taken, loads of works are even more.

If the photograph is optically zoomed, the number of works is not so much, as you don’t have to do anything to bring the picture quality back.

But if your picture is taken in a digitally zoomed-in way, that’s serious trouble. Because usually such level of zooming can be done by the software itself.

As long as ease of use is concerned, digital magnification is the winner. Because in that case, there is nothing else to do except focusing the camera on the subject and press ‘zoom-in’ button.

Where you have to understand the lenses, their positions, their focal points, and preferred shutter speeds or so on, to understand optical zooming.

Does the Resolution Matter on Magnification Technique?

We use to get a lot of these questions- ‘Does optical zoom depends on the resolution or vice versa?’

Well, you can’t simply compare the resolution of a photograph with the zooming technique used on it. That’s almost like comparing between an orange and an apple.

But as we’ve brought in the topic, let’s face it.

If you zoom in to a subject optically, the resolution of the camera doesn’t change. Say your camera is 15 megapixel and you has a 12x optical zoom lens. The focal length of the lens is between 30 to 360mm.

No matter your image is at 30mm or 360 mm of focal length, the resolution of the image will still be 15 megapixels.

However, with zooming in digitally, the megapixel of a photograph decreases.

Optical or Digital Zoom? Our Advice

At the end of the discussion, we all can see that there is almost no new value that a digital zooming feature adds to a photograph. On the other hand, optical zooms are the potential technique to focus more on your subject’s activity, enhance the depth of photography, and so on.

So, the rule of thumb is to use optical photography as long as your device allows you to do so. If you’re limited with devices like smartphones, then there is no way except digital zooming, we understand. 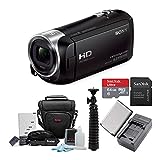 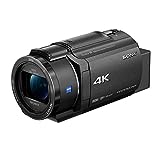